I've spent a little time thinking about how and why Ferguson didn't seem to affect my students. They hardly recognized the name Michael Brown, and they didn't outwardly express many thoughts about what happened after the non-indictment. Given the demographics in Montana, perhaps this isn't surprising.

So when I saw all those tweets and blogs about how to talk to my students about race in a post-Ferguson classroom, I initially scrolled right on by. 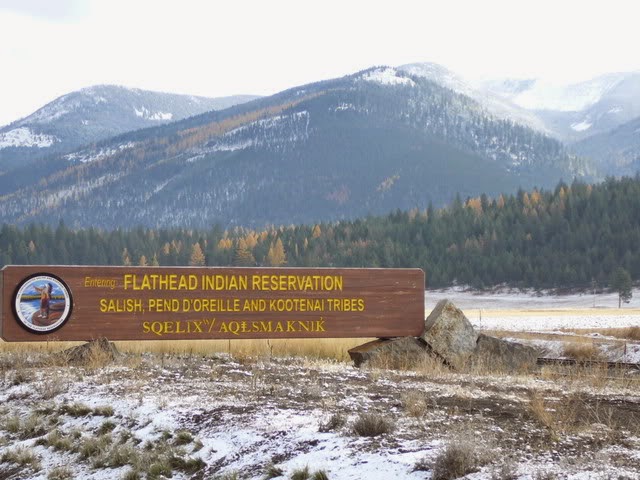 Today I had a moment of clarity. I live and teach on the Flathead Indian Reservation. Montana is a state where the multicultural initiative called Indian Education for All is required by law, where all students are to be taught about Montana's first people in culturally responsive ways, where schools are encouraged to make partnerships with local tribes, and where Montana's commitment to preserving the distinct and unique heritage of our American Indian populations is encoded into our state constitution.

Yet despite the 42 years of this constitutional mandate and the 10 years of funded professional development and materials for IEFA, these are some of the ignorant things my students still hear when they leave their home for sporting events, visits to historical sites, or even shopping in our nearest small city:

How come you guys get money from the government?
You shouldn't be able to hunt all year round.
Do you all live in tepees and ride horses everywhere?
Go back to the rez!
Okay, chief…
And worst: Hey, prairie nigger!

You read that right.

Even here at home some of the very same ignorance is evident. There are signs at the boundaries of some nonIndians' property (erected by those property owners) proclaiming "You are now leaving the Flathead Indian Reservation: All Constitutional Rights Restored." Others complain about the hunting rules for tribal members, and there has been a long, very contentious negotiation of a water rights in which ranchers (primarily nonIndian) have been haggling with others over water provisions. 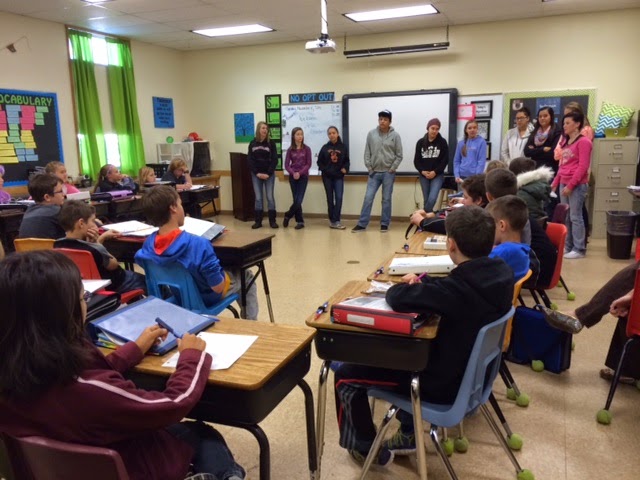 Ten Ambassadors talk to sixth graders at an elementary school in Missoula.

With all this treatment ranging from misinformation to malice in mind, I created a club this year called the Reservation Ambassadors. We are a large group of both Indian and nonIndian students, boys and girls, grades 9-12, committed to changing hearts and minds of other young people through building relationships with them. We believe that creating relationships will help dispel stereotypes because once you know people personally, it's harder to categorize and dismiss them. We work with small groups of students either face to face or through Skype, discussing things like stereotypes and misconceptions and answering lots of questions. 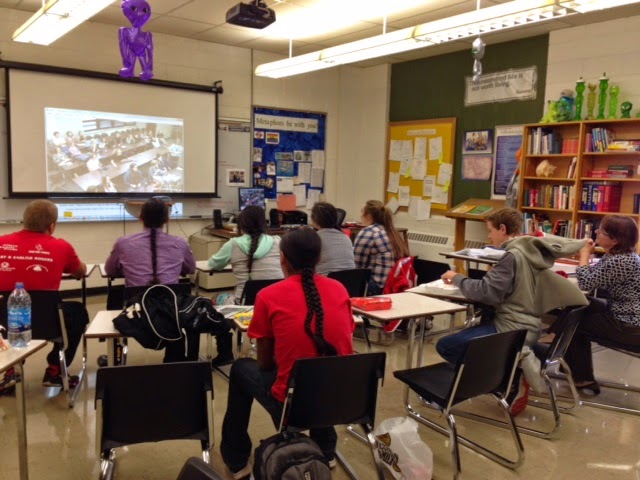 Some Ambassadors talk with kids in Chicago via Skype. 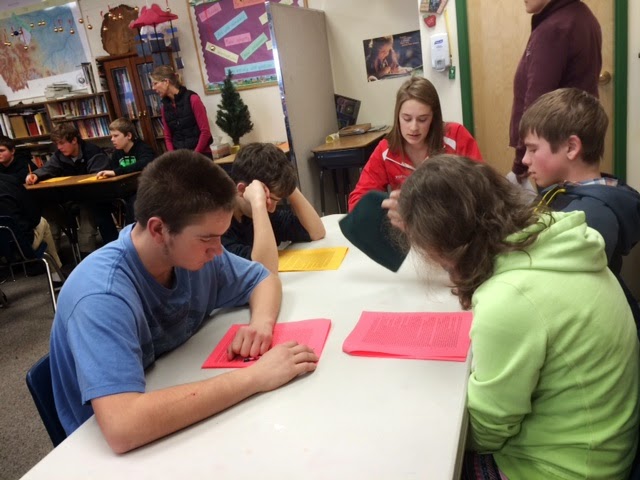 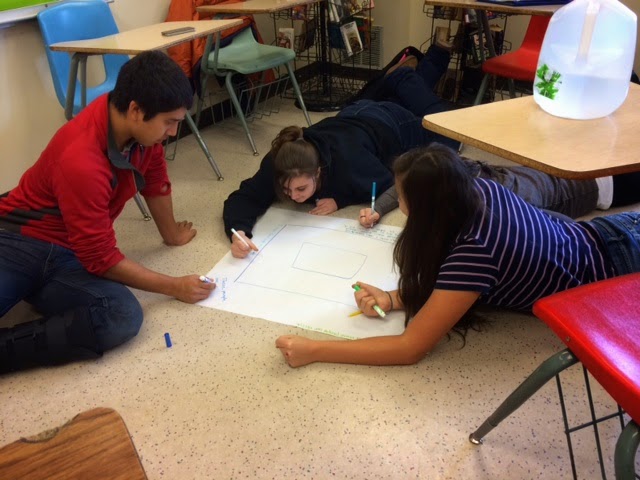 Ambassadors teamed up with 9th graders in Kalispell to discuss stereotypes in a story we all read.

This club is not that much fun. It's not exciting like pep club; it's not feel-good like National Honor Society; it's not creative like FCCLA. Students often have to read things like the tribal constitution or a short story before going to a school. They miss lunches to discuss tomorrow's plans. Often we have long bus rides and sometimes they don't get back in time for sports practice or work. 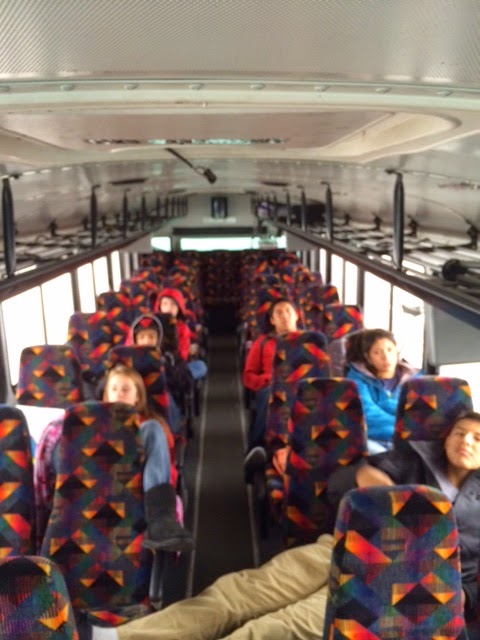 But this club, and these kids, are making a difference. Students and teachers we've met have expressed that they didn't know what to think about reservations, but now they have positive impressions. They feel like they're learning things, and that's what we're all about.

In 10 weeks our club has worked with six different off-reservation schools and spoken to over 230 students in grades 6-12. In nearly every case, another teacher or sometimes an administrator has stopped in to witness what we're doing. In nearly every case, the host teacher has asked us to come back or suggested an exchange where her students could come to the reservation. I think this is one of the most exciting parts of the partnerships: the potential for further relationship-building. 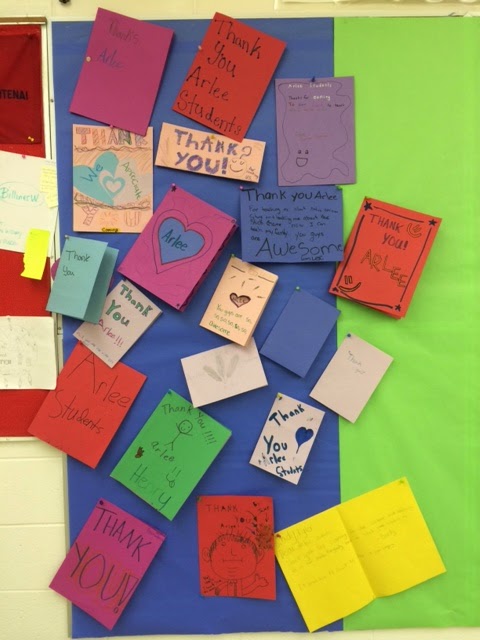 When we visited the Tribal Council last week, I could not have been more proud of my two student speakers. They expressed the importance of the club, why they joined and what they've done. They were praised by the council members for their maturity and commitment, and I could not agree more. 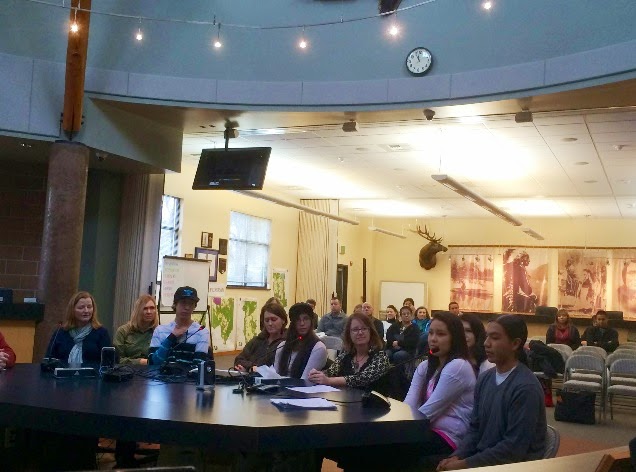 Now when I hear about Ferguson and see suggestions of what could be done in classrooms to help prevent such outcomes in the future, I will think about the part the Reservation Ambassadors are playing in helping make our state a better community.